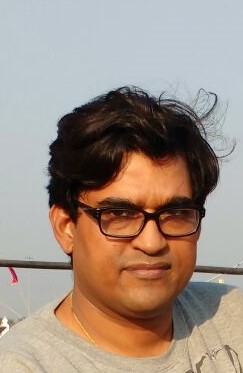 Let’s welcome the newest entry in the ever crowded entry level mid size compact sedan segment. Tiago’s launch was termed as re-birth of Tata in passenger vehicle business. Now on the back of Tiago’s success, with the launch of Tigor in compact sedan segment, they are trying to make further inroads. Will the Tata’s be third time lucky is what is to be seen. This is because Tigor is their third product in this segment in the last 15 years. In fact they should be credited for creating this segment – entry level compact mid size sedan segment, when they launched the Indigo in 2002. This segment was born out of compulsion being imposed due to the government’s excise duty benefits applicable on the sub 4 meter cars. Though Tata is the segment creator, it couldn’t really capitalize on the first mover advantage. Both Indigo and later on Zest met with limited success with the former finding favour with the cab operators and the latter just been able to hit the tip of the iceberg of success.

Now it is to be seen whether Tigor will be a able to challenge the segment leader Swift Dzire, which itself is getting a much needed makeover slated for launch later this year. It will not be easy going for Tigor though as the segment is already crowded with the presence of Suzuki Swift Dzire, Honda Amaze, Hyundai Xcent & the recently launched Volkswagen Ameo & Ford Figo Aspire. Tiago with its tagline ‘It’s Fantastico’ has been a fantastic performer, has lifted the fortunes of Tata, winning many awards and accolades, the Tigor can be a game changer as well.

Tigor (pronounced as Tee-Gor) is build on the Tiago platform and gets many of its design elements & features straight from its smaller sibling. The front grille and headlamps aren’t any different from Tiago with noticeable change being smoked finish and projectors added to headlights. The smiling honeycomb grille is unique and blends into the headlamps. Likewise, the ORVMs & fog lamps are same as what are there in Tiago.

Come to the sides and what is seen is a bold character line starting from the front fender , then crossing the door handles and merging into the rear tail lights. The rear doors are wider than that of Tiago making ingress and egress lot easy. The rear profile of the car is something for which I would like to applaud Tata design team. The LED tail lights & the boot simply blend into the front part of the car, clearly not looking like an afterthought what you found in the Indigo. Thick chrome strip running from end to end bring upmarket feel.

Large bumper at the rear gets a black coloured trim at the bottom to break the bulky feel & break the monotony. Tigor gets different set of tyres for Petrol & Diesel variant. While the petrol variant gets 175/65 R14 tyres , the diesel one gets 175/60 R15 tyres with the top end model also getting the diamond cut alloys as well.

Coming to the interiors, the dashboard and steering wheel column are the same as that of Tiago. The noticeable change is that while Tigor gets the piano black finish around the control finishes as against simple plastic of Tiago. Though good part is the Harman developed Car infotainment system. The touchscreen display which also acts as rear parking camera display supports the Android phones with quite an ease for navigation and playing music. Emergency assistance dial in & service reminders are also handy features which you get in the car. The 8 speaker equipped music system from Harman is incredible.

The longer wheelbase of 2450 mm in this car makes it lot comfortable for rear passengers, providing them extra legroom. The designers have taken good care to keep bottles and knick knacks by providing 24 such points in the car. The seat upholstery though not very great , but is ok for the cars in this segment.

The boot of this car deserves to be mentioned about. The 419 litre boot has been accommodated quite brilliantly without compromising on cabin space. It has a hatch back like 4-link boot lid opening mechanism which is different from the hinge system prevalent in other cars. This design change has added to the carrying capacity at the back.

Tigor gets the same engine specs as that are available on Tiago. The 1.2 Litre Revotron Petrol and 1.05 Litre Revotorq diesel options. Both the engines have 3 cyclinders with 4 valves per cylinder and 5 speed gearbox. Automatic transmission is missing, but may come later. There are two drive modes – City & Eco available in both petrol and diesel. As name suggests, City mode enables car to caress through heavy traffic in city and delivers power on demand while Eco mode restricts additional punch on acceleration to deliver better fuel economy.

The diesel engine delivers 69 bhp @ 4000 rpm and 140 Nm torque at 1800-3000 rpm. The engine feels quite sluggish with low power to weight ratio. The engine is quite noisy and has high NVH levels. It needs to be pushed hard beyond 2500 rpm to get fair power but even then the car lacks pulling power. Low engine displacement, though helps improved mileage of 26 kmpl

The suspension has been tuned well to tackle the bumps and undulations of the city. The stability of the vehicle is maintained even at high speeds. The electric power steering provides easy manoeuvrability and is quite responsive. The ground clearance of 170 mm is decent, if not excellent and prevents the under body from being grazed when driven through uneven surface.

Car looks excellent, and unlike other models from Tata in the past, has got well proportioned shape & contours and a distinct design appeal. With the starting price of 4.7 Lakhs, ex-showroom Delhi for Petrol & 5.6 Lakhs for Diesel, it is great value for money. It will make competition think on their pricing as well. Tata’s have a winner up their sleeve and it can be said that the battle is half won due to the feature rich car at this price. The way people have embraced the Tiago, Tigor should appeal to the masses. Tata’s though need to work on their service support to come at par with their rivals.