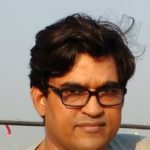 New Maruti Ertiga is the 2nd generation 7 seater LUV (Light Utility Vehicle) from Maruti Suzuki. The new Ertiga has got some distinct & visible changes as compared to its predecessor which will make it give healthy competition to others in the MPV segment (Honda BR-V, Renault Lodgy & the newly launched Mahindra Marazzo). This is a MPV with a sedan like feel means a car which looks like a MPV but performs like a sedan. 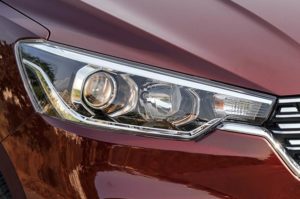 Talking about the changes, the new car is 99 mm longer, 40 mm wider and 5 mm taller than its predecessor. It gets a new 1.5 Litre petrol engine borrowed from Ciaz which gives maximum power of 105 PS and 138 Nm of torque. The chrome finished front grille along with double barrel projector headlamps give a very upmarket feel to the car. The front bumper with its sharp edges and cut outs surrounding the fog lamps add masculinity to the car similar to what you get in SUVs.

Coming to the side, distinct chiselled line running from the front fender upto the rear tail light cluster gives a muscular look to the car and breaks the monotony of the large flat doors on the front and rear. The other noticeable change is the “L” shaped tail lamps with candle stick like reflectors running upto the roof, highly inspired by Volvo. In fact the same kind of tail lamps can be found in the Honda WR-V as well.

The front dashboard of Ertiga is very much similar to what you find in other Maruti cars – Dzire, Swift, Ciaz & Ignis. The flat bottom steering wheel is the same what you find in Dzire, apart from this the instrument cluster, gear lever knob, the touchscreen infotainment system all seem to be familiar with other Maruti cars. The faux wood finish on the front dashboard adds to the upmarket feel. There are air cooled bottle holders in the central console just in front of the gear lever which is a nicely thought out & practical addition to the earlier model. On the other hand, the 12 V charging sockets don’t make much sense & should have got replaced with more practical & usable USB charging points. 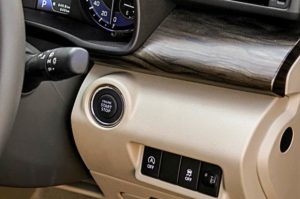 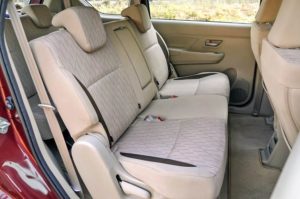 The front seats are comfortable & are well cushioned. The second row seats get arm rest, head rests, get recline feature and are split in 40:60 ratio. The extra length and width on this car means the third row seats get lot more legroom and shoulder room and easily accommodate adults as well. The one touch seat folding option on 2nd row seats give easy ingress and egress to third row seat occupants.

Also, a wider quarter glass on 3rd row seats means the passengers get ample outside view, enough natural light to make their ride comfortable. The car offers decent 209 litres of boot space with all the 3 rows of seats upright & erect, 550 litres of space when the 3rd row seat is put not in use and a massive 803 litres of space when further 2nd seats are downed. If this is not enough, there is additional storage space hidden below the boot carpet ideal for keeping expensive items like laptops, purse etc. 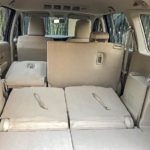 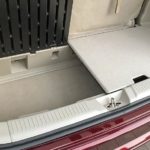 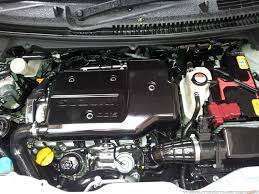 The 1.5 Litre K15 engine delivers more power & torque (13 hp higher power & 8 Nm higher torque) than the outgoing 1.4 Litre engine but still can’t be termed as an ideal engine for the car of this size.

When fully loaded i.e. 4 or more people, the performance gets sluggish with frequent instances of  moving to a lower gear to get the desired torque & acceleration. The engine gets noisy beyond 3000 rpm and further revving up the engine doesn’t lead to desirable power output. The petrol engine is refined & smooth though and gives a claimed fuel efficiency of 19.3 kmpl on the manual version and a tad low at 18.7 kmpl on the automatic. The Maruti’s patented SHVS (Smart Hybrid Vehicle from Suzuki) technology option is available in petrol variant only, where in Lithium powered battery gives additional power boost to the engine. The battery gets charged from the energy released due to deceleration & braking , termed as regenerative braking and is utilized to give add on boost to  the engine when running on constant cruising speeds. Also, in start-stop bumper to bumper traffic, the smart system makes the car run on battery power, reducing the engine idle running time & thereby improving fuel efficiency. This system though has a drawback that it cuts off the AC compressor to reduce the load, therefore, this option should not be opted for in the summer season.

The diesel engine has not been changed in the new Ertiga and it gets the same tried & tested 1.3 L engine sourced from FIAT which delivers 90 hp power & 200 Nm of peak torque. The engine though is underpowered for this car and also has a visible turbo lag below 2000 rpm. It performs the best in the 2000 to 4000 rpm band and can be further pushed to deliver higher performance by carefully changing gears at the right speeds. The 5 speed

The Ertiga with its long wheelbase of 2740 mm & supported well by 15” alloy wheels gives a very comfortable ride, even the people in its 3rd row seats don’t get a bumpy ride. The suspension is well tuned to handle the undulations & potholes with ease, but having said that, it is not the kind of car that you will love taking out to the hilly terrains. It has a bit of body role & sharp turns and corners needed to be tread with care. This is an excellent car for city driving conditions with a responsive steering wheel, good for city manoeuvring. The 5 speed manual gearbox on petrol & diesel variants is easy to change due to short gear ratios and a smooth & light clutch, which is quite like other Maruti cars.

Ertiga is surely going to be one among the prospective cars being considered by the MPV buyers. It will also influence a buyer’s decision who intend to buy a sedan, the reason being, at the price of a C segment sedan,  you can buy a 7 seater feature loaded Ertiga which by its looks and performance is more like a sedan  than a MPV. Maruti has put in lot of features in this car and with an attractive pricing starting from 7.44 lakh going upto 9.18 Lakh for petrol and diesel range from 9.56 Lakh going upto 10.9 Lakh makes an excellent buy. Ertiga is an excellent choice for people who want to purchase a family car which they can use for office going on weekdays and for family outing trips on the weekend. It’s an out and out city car which offers great value for money for the mileage conscious. The downside of the car is the lethargic & undersized engines that it gets both in petrol & diesel variants which will not enthuse people who want their cars to accelerate with the press of a pedal.